A cheating husband has reportedly caught the deadly coronavirus while he was on vacation with his sidechic in Italywithout the knowledge of his wife. 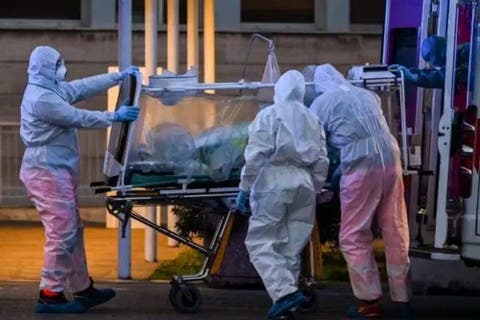 Cheating Husband Gets Coronavirus While On Vacation With Sidechic In Italy

A cheating husband has reportedly caught the deadly coronavirus while he was on vacation with his sidechic in Italywithout the knowledge of his wife.

The man, who is being quarantined in the UK, told the medical team that he got infected while he was on a secret get-away with his mistress in Italy.

According to The Sun, a source said;

‘His case would be funny if it wasn’t quite so serious. The man confessed what he’d been up to in Italy, and that his wife has no idea.

‘She thinks he just picked up the disease on his business trip away. Although the patient admitted to medics what had happened, he said nothing would persuade him to name his mistress.’

It was gathered that the total number of confirmed cases in the UK now sits at 1,543 as 56 people have died as a result of the pandemic.

The man in question is expected to recover from the infection but he is said to be in a ‘blind panic’ at the thought of his unsuspecting wife finding out about his extramarital affair.

However, the source said the man is relieved he arrived just in time before flights were cancelled and he had to explain to his wife where had been.

This site uses Akismet to reduce spam. Learn how your comment data is processed.